I arrived in the back in Cambridge yesterday afternoon after the IBM EMEA Best Student Recognition Event 2012 in Brussels, Belgium. The theme of this years 3 day event was “Data Analytics”. The highlight for me on Wednesday 4th July was the a semenar by Prof. Bart Goethals, a lecturer at University Antwerp on data mining and machine learning in data analytics. For Thursday 5th July my highlights were a talk by Corinna Schulze from the IBM Governmental Program on privacy and a talk by Robert-Jan Sips focusing on how data analytics is being applied to water management in the Netherlands.  And for the final day was highlights was a talk by Guy Lefever on the application of Watson to future medical care. Overall I really enjoyed the event and I would throughly recommend attending if you get the opportunity to go.

It looks as if I’m going to have some new work on Signposts next week but I don’t know as yet what this will be so over the weekend I intend to review some of the new material that I’ve learned over the my first few weeks on the Undergraduate Research Opportunities Project (UROP) here at the William Gates Building, Cambridge. My initial project brief was: 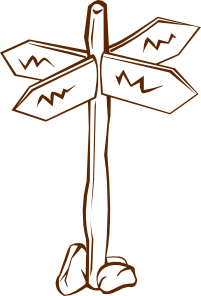 Users with multiple networked devices are having a hard time linking them up when said devices reside at more than one location. Simple example is trying to synch your android phone while on the bus to the laptop in your office and the Mac Mini at home. NATs and Firewalls and other obstacles to symmetric communication abound, and obstruct. Point solutions (Dropbox, iCloud) do not deal with many cases (different OS) and only work if you pay (with money or eyeball time on adverts). In any case, they are not acceptable to privacy conscious users.

Instead, we are building a system called signposts. This is the smallest conceivable virtual machine that sits in the public internet, and looks after your personal namespace of devices. Registration and lookup of names is “effectful”, in other words, has side effects. The side effect is to use a set of possible tactics to rendezvous between the devices (various techniques for NAT traversal, for example) including possible multiple simultaneous path use, and also allowing for constraints, such as battery life, and price of use of connections. The system sits on top of DNSSEC, but more interestingly, as a piece of Computer Science, makes use of the new Cloud OS software being developed in CL, called Mirage (see http://www.openmirage.org/ and https://github.com/avsm/signpostd

This project is to help with the documentation and testing “in the wild” of signposts. We expect to uncover a lot of problems with different oddities (see http://conferences.sigcomm.org/imc/2011/docs/p181.pdf for examples) that appear, and we need to have good stories to account for what we are doing to the public and to security people. OCaml programming is pretty essential, as well as at least basic understanding of development tools (including git etc) “

Over the last few weeks, I had used a wide range of tools that are new or that I had not previously used to this extent including (in no particular order):

I plan to use this list to visit some of the material that I’ve learned over the last few weeks in preparation for new work next week.

One thought on “I’m back from brussels”