This article aims to not just explain how DNSSEC work but why the protocols are designed the way that they are. I will begin with a simple mental model of public-key cryptography, then I highlight issues with scheme described so far and add complexity to fix issues as I highlight them. I finish the article with a simplified model of DNSSEC and a range of problems/question that I hope to explore in the next article.

DNSSEC is a collection of IETF specifications for securing DNS data. It is a set of extensions to DNS which provide to DNS resolvers with:

It does not provide the DNS resolvers with:

DNSSEC protects DNS resolvers from forged DNS data, by digitally signing all DNSSEC replies. The DNS resolver is then able to check if the information it receives is identical to that information on the authoritative DNS server.

DNSSEC can also protect information such as cryptographic certificates stored in CERT records in DNS.

DNSSEC-bis is the name of the DNSSEC specification and the related RFCs are
4033 introduction & requirements, 4034 resource records for DNSSEC and 4035 on protocol modifications.

Public-key cryptography can be used to provide confidentiality or authentication.

DNSSEC works by digitally signing the results of DNS look-ups using public-key cryptography. It uses public-key cryptography to provide authentication not confidentiality. This means that private key is used for encryption and the public key is used for decryption. So when a DNS resolver makes a DNSSEC query, then the response will be signed by the correct information source and then the DNS resolver will use the public key to decrypt the response, knowing the response is reliable as it was definitely send by the intended source.

So that’s the problem solved, the DNS responses will be encrypted by correct source and then all the DNS resolvers will decryption the responses using the public key. This ensures that the response was sent by the correct source so it provides source authentication as well an data integrity as it was signed using a private key.

Except that this model completely ignores the details of how DNS actually generates the replies to DNS query and what exactly is the “intended source” in this context.

So now I want to explain why the basic public-key cryptography scheme that I outline is not sufficient to provide authentication.

The cryptography scheme aimed to provide authentication between the DNS resolver and the source of the DNS response, but it didn’t consider the details of how this DNS response was generated.

The DNS resolver needs to locate the relevant authoritative name server, this is achieved through a chain of domain name servers, either recursively, iteratively or a hybrid of them both.

To generate the response to a DNS query for the DNS resolver, there are a series of request-replies. So for DNSSEC to meet its primary goal of providing authenticated responses, there needs to be authentication throughout the chain between the DNS resolver and the intended source, which is the authoritative name server.  When a DNSSEC enabled DNS resolver gets a response then it can use the public key to check that it was encrypted by the authoritative name server.

So now we have fixed the problem … Actually not

This solution would require that all DNS resolvers change because all DNS resolvers need to decrypt the DNSSEC response using the public key to get the the normal DNS response. Given that DNSSEC nees to be backwards compatible with DNS, this means we need to alter the above scheme.

So instead of encrypting and decrypting the whole DNS response, why don’t we add some text to the DNS response as another resource record and then encrypt and decrypt that text instead. This means that DNS resolvers that are not DNSSEC compatible can simply ignore the extra resource records. This extra bit of information therefore acts as a digital signature. This is actually used in DNSSEC and the new resource record is called RRSIG.

A simple idea would be to have a single server with all public keys on, then all DNSSEC enabled resolvers could just request the public key from the central server. This is fundamentally flawed as its a centralized system which would completely defeat the purpose of DNS, which is to act as a distributed system.

Therefore we need a distributed system of our own to get the public keys to the DNSSEC enabled resolvers, why not use a system like DNS or even DNSSEC ?

DNSSEC gets the public key, from the authoritative name server to the DNSSEC enabled resolver by introducing another new resource record called DNSKEY. This has the public key in it so that the DNS resolver can use it to verify the RRSIG.

Done ? Nope of course not …

So its easy to assume that we finished here but as we developed the scheme we have actually introduced new issues, for example we have lost any data integrity. Its easy for a 3rd party to intersect a DNS query, change the data in the resources and set it forward to its destination. The DNSSEC enabled resolver would be nun the wiser, as the response to the DNSSEC query is still correctly signed and will have the correct RRSIG.

We can fix they by making the plain text in the RRSIG, a hash of the original message. This means that if the messaged is changed in transit then the DNS resolver will detect it because after decrypting the RRSIG text and hashing the other resource records, the results will no longer be the same because the hash generated from the DNSSEC response will be different to the RRSIG one as the text has been changed.

Lets review where we have got to so far…

The authoritative name server hashes the RRs and then uses a private key to encode this hash, the result is placed in the RRSIG record and the public key is placed in the DNSKEY record. Then the DNS response moves though a chain of domain name servers to the DNS resolver. If the DNS resolver supports DNSSEC then it will use the public key in the DNSKEY record to decrypt the RRSIG, this will give a hash of the other RRs, the resolver can then hash the other RRs and compare the results.

So what is this public-key cryptography algorithm that DNSSEC uses and whats going to happen if its broken in the future ?

DNSSEC doesn’t use a specific algorithm. Both DNSKEY and RRSIG have a 8 bit number, which corresponds to the algorithm used, details of with values correspond to which algorithms is available here

This scheme has a big problem though…

Consider the following situation, I am an evil 3rd party would wants to return the incorrect DNS respond to a (DNSSEC enable) DNS resolver :

If we assume for a moment that the DNSKEY is authenticated, then a (DNSSEC enable) DNS resolver will be able to detect if the other resource records have been changed. As the decrypted RRSIG will not be a hash of the other resource records. If a evil 3rd party also when tries to also change the RRSIG value, so that the decrypted RRSIG is a hash of the changes made, then they can do this only if they know the private key. But they do not know the private key used and they cannot replace the public/private key pair as we have assumed that the DNSKEY is authenticated

So how can we ensure that the DNSKEY is from the authoritative name server ?

DNSSEC works around this is by signing the DNS replies at each step in the chain of response and reply. So when a domain name server queries another domain name server, not only is the expected result returned but also a flag indicating if that zone used DNSSEC and if it does it includes a hash of the DNSKEY record stored in a record called DS.

So far we have introduced 3 new resource records to DNS:

How does the DNS resolver know that it can trust the result from the root DNS server ?

But this appears just to move the problem, how can we trust the trust anchor ?
We get the DS resource record using a different method where we don’t need to authenticate the origin as we know that the message can’t have been intercepted (i.e. via the operating system)

As you can see we have created a chain of trust using a series of corresponding DS records and DNSKEYs, this means that when we reach the authoriative DNS name server, we know that we can trust the DNSKEY and that is will not have been tampered with.

There is a fun website here, which provides information on the chain of trust.

Thing to consider in the next article: 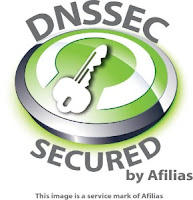 One thought on “DNSSEC – A basic Intro”