Paxos, Raft, Viewstamped Replication and many other consensus algorithms operate on majority quorums. A majority quorum is any subset of nodes containing at least a strict majority of nodes. These algorithms all require a majority quorum to agree to a value before its considered to be committed. This ensures that any agreement will be aware of all past agreements, as there will always be in intersection of at least one mode between any two majority quorums.

It is a prerequisite that at least a strict majority of nodes are up for the system using these consensus protocols to be operational. From this, we can establish an upper bound on the uptime of any system using majority quorum consensus. For this calculation, we assume node failures are independent. Whilst this is a fair assumption, it is of course not the case in practice.

We can calculate the probability that a strict majority of node are up as follows:

p is the probably that a node is live, n is number of nodes and underline means floor.

This equation is also the CDF of the Binomial distribution. It works by summing up the probability what no nodes are down, only one node is down, two nodes are down etc.. until you reach the case where the largest possible minority of nodes are down.

The following graph shows the relationship between node uptime p and majority quorum uptime (each line represent the number of nodes from 1 to 8): 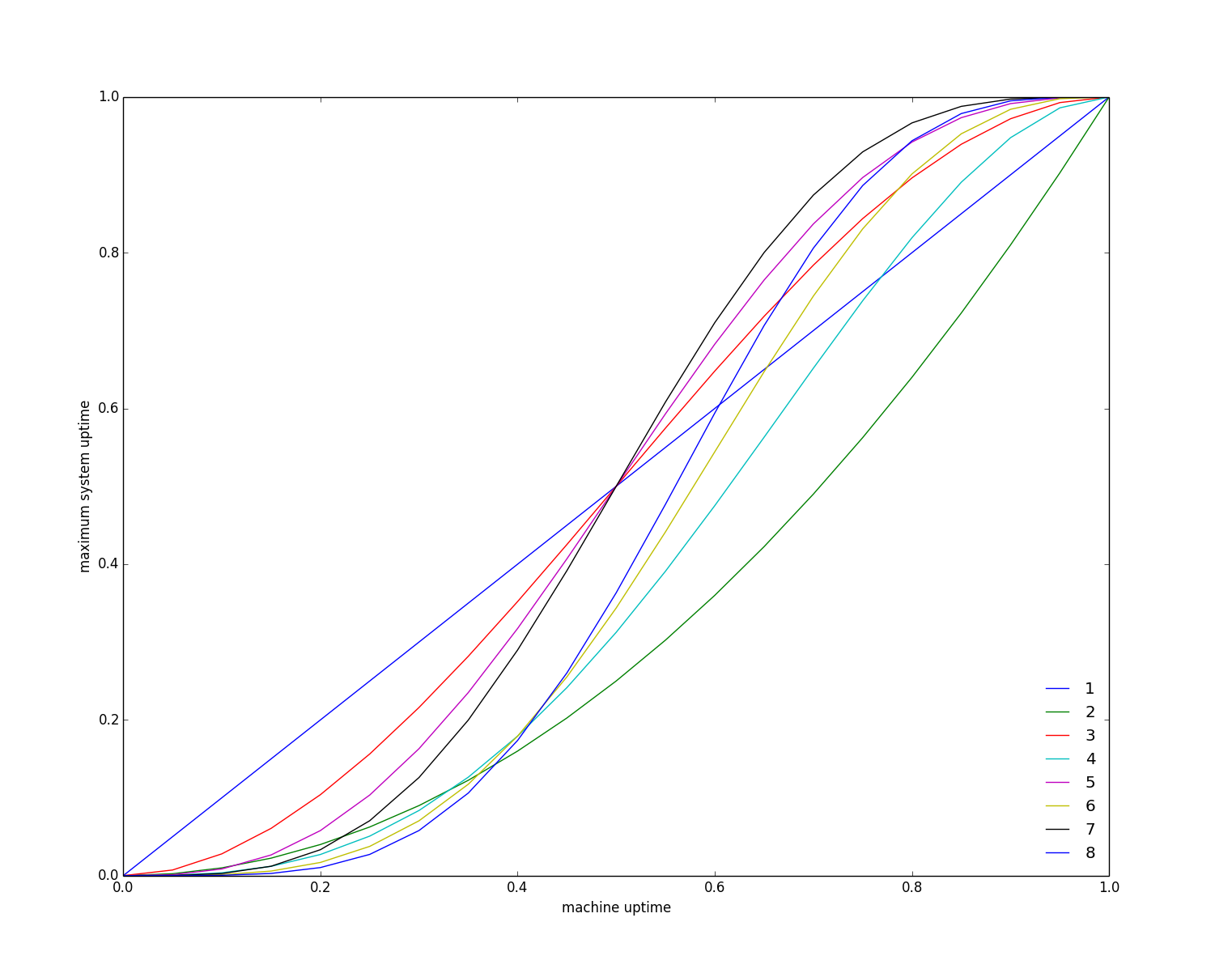 This approach is of course very limited. We are not accounting for how extra nodes aid in the handling of read-only commands, the duration and pattern of failures and that machine failures are not independent.

I assume this is well known result in the theory of distributed system but I’ve not come across it before. If anyone has seen it before, I can you send me a pointer to the work.