I’ve got some code here and here in OCaml & Java, that I have been tasked with running, testing and fixing. I’ve already taken a look at the basic syntax but now its time to get to grips with some the libraries and related packages that Signposts makes use off. 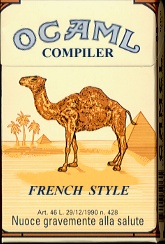